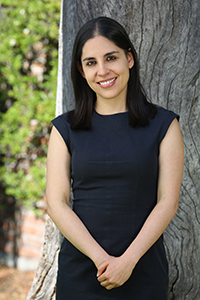 María del Pilar Galván is an attorney focused on the practice of administrative and constitutional litigation with more than ten years of experience in these areas. In the cases in which she has participated, she has achieved the implementation of judicial procedures that, in addition to achieving favorable results for our clients, have also helped to establish criteria of legal significance and social impact. Precisely because of her solid knowledge of constitutional matters, she designs integral strategies that allow us to walk from the initial phases in the relations of individuals with the different orders of government, to the contentious stages.

Pilar Galván has experience in the different matters concerning administrative law, such as consulting and attention to procedures related to environmental issues, the sanctioning regime, responsibilities of public servants, expropriations and reversions, public contracts, concessions, and permits, among others.