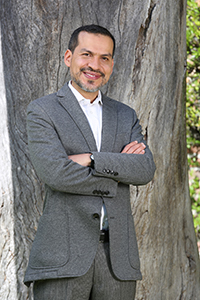 Mr. Machado has solid experience of more than 25 years in administrative law, both in consulting and in litigation, including the amparo trial and constitutional disputes. His versatility is based on his knowledge of and fluency in the principles and institutions of administrative and constitutional law. Thus, he has worked in, among other sectors, in environmental, metrology and standardization (NOM's), bidding, concessions, and administrative contracts for purchases and services as well as public works, energy, ports, consumer law, and urban development, all of them related to the relationship between individuals and the government. For this reason, Chambers & Partners, according to its two most recent editions, has placed him in Band 2 of prominent lawyers in the administrative litigation practice.

Juan Pedro combines his professional and academic practice as well as public interest and social capital building causes in his work. On the one hand, he has been a master's professor at ITAM (Autonomous Technological Institute of Mexico) and Certificate professor in Human Rights of the Institute of Legal Research at UNAM (National Autonomous University of Mexico), a bachelor's degree professor at ITESM (Monterrey Institute of Technology and Higher Education), Santa Fe campus and of the Faculty of Law of UNAM. In all cases, he taught the subjects of Administrative Law, Environmental Law, and Administrative Procedures. He also coordinated collective work on Administrative Processes and Procedures in Latin America and has collaborated in various other collective works. On the other hand, for years, he participated as an advisor to the Konrad Adenauer Foundation's Rule of Law Program for Latin America, dealing with issues of administrative law. He currently collaborates by advising Cántaro Azul, a civil society organization aimed at consolidating the human right to water and sanitation, especially in communities in the state of Chiapas, in its strategic litigation.