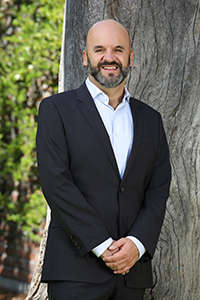 Mr. Carvajal has over 30 years of experience focused exclusively on regulatory law issues. His background in public policy allows him to design the appropriate strategy in litigation and problems related to different levels of government in areas such as energy, economic competition, environment, urban development, and standardization, among others. He works in coordination with the main public relations and communication firms on these issues. Distinguished by government entities and private organizations that recognize his work and contributions to Mexican Administrative Law, he is named year after year as one of the best lawyers in Mexico in Environmental Law by Chambers & Partners, Legal 500, and Latin Lawyer.

He combines his paid activities with public projects in which he collaborates pro bono. He is currently working with the Mexican Ministry of Foreign Affairs on human rights issues, and also with the Mexico City Government on the largest biocultural project in the country, an ambitious plan to turn Chapultepec into one of the most important urban forests in the world. He has also taught undergraduate and graduate courses in Administrative Law and Environmental Law at UNAM (National Autonomous University of Mexico), ITAM (Autonomous Technological Institute of Mexico), the Universidad Panamericana, and the Universidad Iberoamericana.